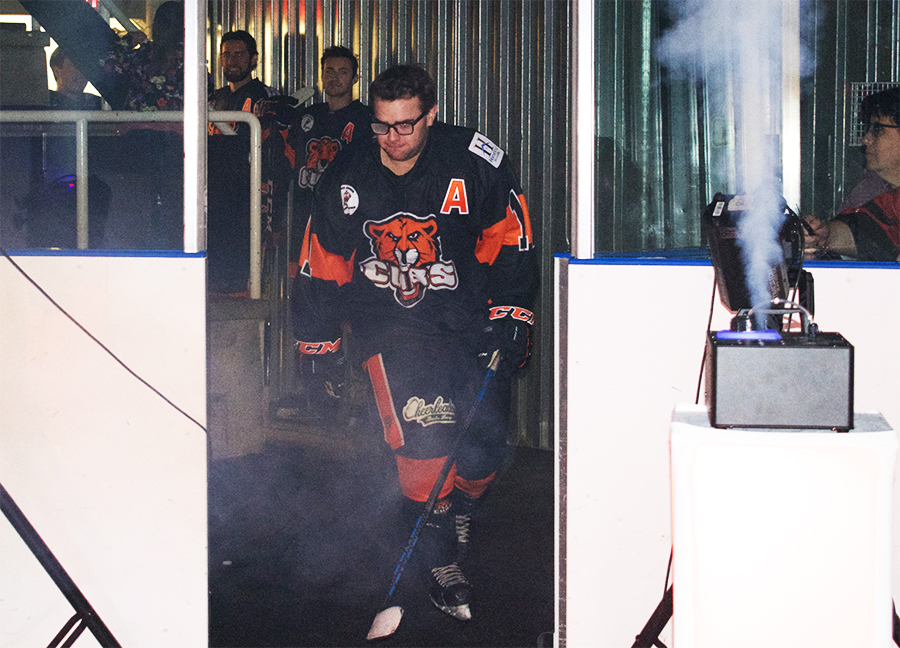 The Medicine Hat Cubs received one heck of a boost on Saturday in Sylvan Lake.

After being seriously injured in a dirt biking accident in June, Cubs forward Tristan Stensrud faced a long road to recovery, but one he triumphantly completed by returning to the roster this weekend for a 6-2 win over the Wranglers.

The 21-year-old Bow Island product suffered the injury when he went roughly 40 feet off a jump while riding with friends near his hometown. The crash resulted in brain bleeding and an eye injury, but neither could keep Stensrud off the ice for too long.

Trevor Moore, Jamal Kalaf and Levi Schlosser all scored to give Medicine Hat a 3-1 lead after the first period, then Desmond Crawford added another in the second before Martin Wats and Ethan Machan pushed the game out of reach in the third.

Kyle Imesch scored Sylvan Lake’s first-period tally then Taite Opdendries added another in the second, with both goals coming on the power play, but they were unable to get anything else past Cubs goaltender Dawsen Savage and slipped to 11-10-0.

The result follows up a 3-2 victory over the Lomond Lakers Friday in Bassano and pushes the Cubs to 13-5-2 on the Heritage Junior Hockey League season – three points back of the Cochrane Generals for second in the Southern Division with a game in hand.

Mason Fischer, Desmond Crawford and Mackenzie Fritzler scored in order to lead the Cubs to victory.

Clayton Billyard answered to both Fischer and Crawford’s tallies to keep his Lakers in a tie game, but he was unable to complete the hat trick following Fritzler’s eventual game-winner and Lomond slipped to 2-18-0 as a result.

Savage stopped 25 in the win, while Lomond’s Theo Pakuski took the 55-save loss.

The Cubs return to the ice Saturday in Didsbury against the Mountainview Colts before returning to the Kinplex Sunday to host the Airdrie Thunder at 5 p.m.