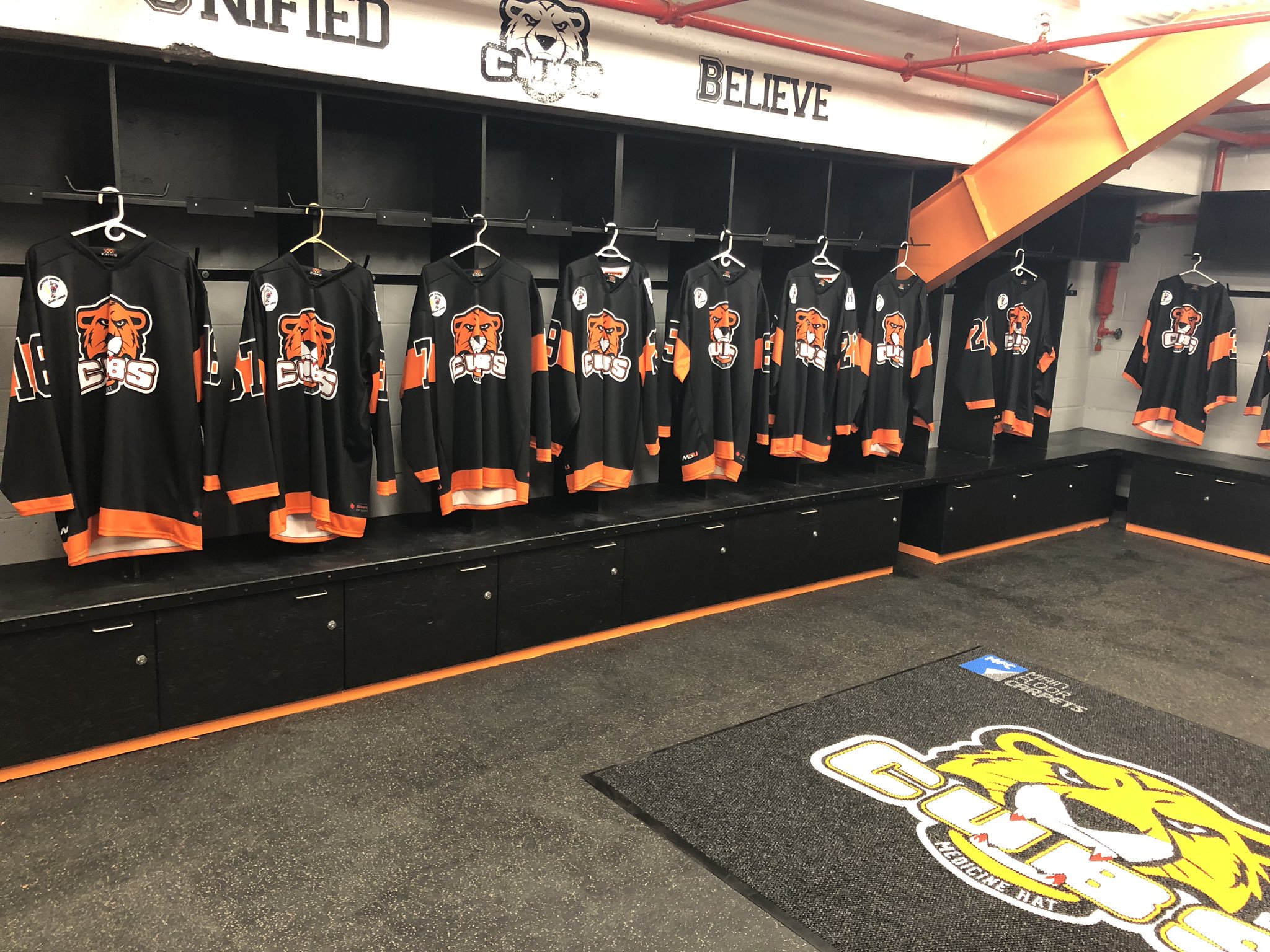 There was optimism in the air at the Family Leisure Centre this weekend.

With a significant number of key returners and a fresh shot of local talent, Medicine Hat Cubs co-coaches JD Gaetan and Steve Leipert couldn’t hide their enthusiasm for the state of the roster during the team’s training camp Saturday.

“It’s good to see that everybody came ready to go and show what they’ve got,” said Gaetan. “We have a good returning core from last year that is made up of the majority of local talent and a lot of our young guys who are looking promising to make the team are midget AA Medicine Hat kids who won provincials. It’s nice having those local guys committed and not wanting to go to some other league.”

Gaetan and Leipert are entering their fourth season behind the Cubs bench. Over the past three, the duo have worked together to help transform the team’s culture both on the ice and away from the rink, which Gaetan says has led to more interest at the local level.

While Gaetan served as head coach of the Cubs for the past three seasons, he says he and Leipert shared the responsibilities of the role almost equally. There was even a time, six years ago, when Leipert held the clipboard with the South East Athletic Club’s bantam AAAs and Gaetan was his assistant.

“It’s come full circle,” said Leipert. “JD had the reins here for a while and I’m gracious just supporting in that role. Now as co-coaches we’re looking at bringing on some more people to help us grow this program even more.”

Leipert added he and Gaetan take great pride the culture shift they’ve helped precipitate, especially if it means drawing in more local players – whether that’s from within the city limits or the surrounding community.

“Not only do I see it with JD and myself working hard at that, I see it with the board right from the president to the GM,” he said. “You see talent not only from the Medicine Hat AAs to the CAHL systems here, to the minor hockey, you also see Brooks players here, you see Foremost players. That’s the whole community. Credit to all the minor hockey systems involved in that.”

Part of the culture shift has been a move toward a more professional environment. Gaetan says the Cubs have been trying to present themselves like a junior A club to compete with similar leagues across Western Canada.

“We’re adding practices this year, just kind of doing things a little bit more professional. It’s to compete with leagues like the (Kootenay International Junior Hockey League),” he said. “It’s one of those leagues that seems to suck players out of Medicine Hat pretty easily. I think with that culture change, we’re changing that momentum in our favour now.”

On top of pulling in a crop of local players from the midget AA Hounds’ provincial championship roster, Gaetan says the Cubs have retained a lot of their high-level talent from last year, including goaltender Brett Vanderveer.

While the Grandora, Sask. product was seeking a spot with the junior A La Ronge Ice Wolves, he opted to return to the Cubs for the upcoming season when things didn’t pan out.

“I heard he actually did very well there, but they had two returning goalies,” said Gaetan. “He came ready and was kicking early, so it’s nice to see him in playoff form already. We’re excited to have him back.”

The Cubs open pre-season Saturday in Coaldale against the Copperheads.